Keli Warrington was a very accomplished gymnast, who was nationally ranked for over 10 years, and recently received the U100 certification in gymnastics. Before shifting her focus to eventing, Keli graduated from West Chester University with a degree in business management. She has served as a rider and groom for top riders such as Jane Sleeper and Stuart Black, and she has ridden through the CCI* level. Keli has spent the last 10 years as owner/operator and business manager of Warrington Eventing. Keli’s passion for gymnastics and love for equestrian sports has made this an amazing opportunity to combine both skills and create a program that supersedes expectation. In her own riding career, she has on many occasions seen the benefits of body awareness through the use of basic gymnastics skills. Her ability to “stick the landing” has been admired by many a fellow rider!

Danny Warrington is a former leading steeplechase jockey turned international advanced three-day eventer. He has spent most of his life learning from the best. In his racing years, he spent time with hall of fame trainers Johnathan Sheppard and Mikey Smithwick as well as Janet Elliot. When it came to eventing the same approach was taken, riding only with the best including Bruce Davidson, Karen O'Connor, Jimmy Wofford and Phillip Dutton. This gave him the comprehensive education becoming not a 'jockey' or an 'eventer' but a horseman. A deep passion for safety and personal responsibility has lead him to this point. Growing up with a fox hunting and racing back ground as well as an ex-marine father, he learned the hard way. Danny’s goal is to bring riders as much knowledge in self-preservation as possible in a safe and controlled environment. He has spent years watching, studying and developing an understanding of riders’ reactions, both instinctual and learned, this gives him the ability to teach what is missing between reaction and response. 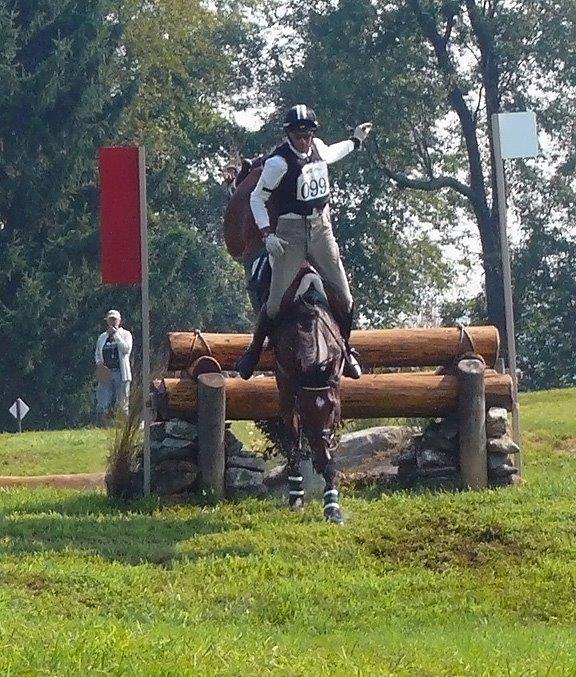